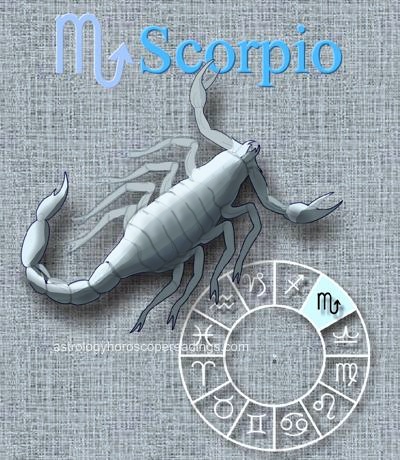 The Expression of Scorpio

Scorpio energy is an awareness and acceptance of the depth within, both in people and in the world around them. There is intensity, deep feeling and persistence.

When not accepting and denying their inner depth, Scorpio can become ruthless and willful or seek drama in part to bring the hidden or shadow up to the surface.

The healing journey for Scorpio is a process of self acceptance that begins with a willingness to follow the light beyond the shadow; and to begin the process of self-forgiveness and acceptance.

Scorpio rules the genitals, lower abdomen and lower intestines. It is associated with intensity, power, regeneration, uncovering, investigation, mutual value and worth through others.

Pluto rules the sign Scorpio, Pluto expresses transformation, depth and intensity and the hidden and thus has become a natural ruler of this sign. Ironically, in 2008, when Pluto was demoted by the International Astronomical Union (IAU), it not only created an uproar, but it also strengthened Pluto, since it governs the hidden.

When Scorpio is Self-Accepting:

When Scorpio Reacts from their Shadow:

Famous People with the Sun in Scorpio

The Depiction of Scorpio

The image of the Scorpion has been used for thousands of years for the Sign Scorpio. The water signs are all somewhat psychic and sensitive to the emotional interactions of others. When Scorpio is reactive and not accepting its own shadows, it is capable of pushing the buttons of others where they hide, thus the Scorpion's sting.

With the Moon in Scorpio, there is strong feeling and a need for intensity and depth. There is a very deep intense feeling and as a result a tendency to be very protective of one's feelings to the extent of developing a sixth sense of other's feelings. Often the mother is experienced as intense, controlling, or home life was intense or a place of crisis.

When not in touch with their feelings people with Moon in Scorpio are known for creating drama to reveal their deeper emotions or shadows or at times to discharge emotions on others.

Scorpio can set themselves or others up in the Mercury Retrograde Cycle by allowing emotions to cloud, disrupt or ignore boundaries or what other's may value. This can occur through vengeance, secretiveness or willfulness, and set in motion situations where the drama overtakes proper attention to resources and details, not only for themselves but also for the people around them.

It is important for Scorpio to learn to clear and let go of emotional baggage in order to be more present with respect to the resources that they may be engaged in or the people they may be working with.

Of course, when Mercury is retrograde in Scorpio, all of the above becomes more significant.