A group photo taken in 1909 with Sigmund Freud on the left, Stanley Hall in the middle and Carl Jung on the right. Image credit Wikipedia. Original image is in the public domain, but has been enhanced by the author.

Astrology is Not a Psychology

This is a modern development. During the renaissance, with new access to knowledge, astrology, as well as modern science bloomed. In the west, astrology reached new heights as it re-incorporated previously forgotten mundane techniques and spiritual knowledge. Then, as modern science's belief system became the dominant paradigm, astrology lost support.

Astrology in the Mainstream

At the turn of the last century, two processes brought astrology back into the mainstream. One process was the renewed interest and access to spiritual knowledge. By this time, many books on esoteric and previously arcane topics became more readily available.

The Branding of Ancient Knowledge

In a very real sense, what was happening to astrology was also happening to many other ancient ways of knowledge. The medicine ways of native traditions, for example, were being redefined and re-packaged into a western perspective, or reduced to therapeutic or transformational modalities.

Of course, the deep experiential practices within yoga and the eastern traditions were being similarly exploited. New schools of yoga and exercise routines sprouted up, and in the process, the experiential core of meditation and yoga practice was being increasingly ignored, as it became commercialized, renamed and re-marketed.

The gist of it is that many new age and humanistic modalities, techniques and 'schools' sprang up and although seminally inspired by ancient insights and access to spiritual teachings, became branded by individuals that became associated with 'pioneering' these schools.

The problem, for astrology and other spiritual sciences and traditions, is that this process of re-branding and establishing an independent authority also begins to 'redefine' and replace the original knowledge. In most cases, it is replaced with a more superficial understanding that is not based on experiential validation at the level of spirit or the core, but rather by intellectual validation. In this way, true experience is replace by metaphor, and true transformation is replaced by analyzing. 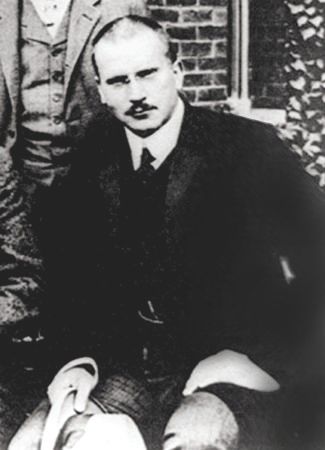 Carl Gustav Jung, a Swiss psychiatrist founded analytical psychology. It is my belief that he borrowed widely from astrology in his works that related to the four personality types (the four elements), archetypes (the sun signs), the concept of the shadow (polar opposite signs) and the concepts of introversion and extroversion (introverted and extroverted sun signs).

His work profoundly influenced much of the social sciences, and ironically, in return astrology also. Credit Wikipedia. Image is in the public domain and has been enhanced by the author.

The intermixing of astrology and psychology has been fruitful and we certainly cannot dismiss the contributions of humanistic astrology. Nevertheless, it can become too easy to re-interpret astrology using metaphor and popular and often transient models of behavior and lose awareness of its true depth and immense contribution.

In many ways, it is as if the ocean is being defined by what we see on the surface and how the waves splash against the shore, and yet, even in these modern times, the depths of the ocean and our knowledge of what is really there, are as remote as what we know of the moon.

A Conflict of Interest

Psychology, in order to be accepted as a humanistic science within the modern scientific paradigm has towed the line in the direction of a causal frame of reference. That means, for example, that when a behavior or pattern is established, the cause in childhood, environment or genetics is addressed. Both

In spite of the fact that psychology splits into two paths; experimental and clinical, successful publication in peer review for both paths, requires a mechanism or casual process upon which to base new findings or observations. Statistical analysis of the results, and the objectification that occurs in applying this methodology is used as part of the objective validation.

On the other hand, one of the great strengths of astrology, and a great issue of misunderstanding of how it works, is that astrology relates things, events, qualities, tendencies and patterns without needing for them to be linked in a cause and effect stream.  Causality, and its relationship to time is certainly a usable component within astrology, but astrology is not confined by it. In fact, astrology is really about relationships, and causal relationships are but one form.

Why is the reduction to a causal frame of reference an issue for astrology? Simply put, it excludes the spirit or core experience. It removes experiential validation, and determines validation from an outside objective reference. Taken to the extreme, a psychology based on causality or scientific objectification removes sentience or consciousness as it is, and replaces it with the mind or a mechanism functioning at high complexity of process. These are not the same.

Those who have had real meditation experiences, or profound moments or near death experiences have had the profound realization that they are not the mind, that in fact the mind is more like a complex instrument of perception that certainly can take over, and act like it is all there is, but it is only one instrument, only one state, and other states of awareness put the mind in its perspective.

Psychology has been a study of the mind, from the mind. As Einstein is quoted as saying, 'you can not fix the problem from the problem'. Astrology does not define or limit our understanding of spirit or the world around us to the processes of the mind.

There have been many examples in psychology that are restatements of astrological principles.

One of the most widely used has been the Myers-Briggs Type Indicator that was developed in the 1940's. It is a psychometric tool for determining perception and decision making, and followed the principles laid out by Jung's four psychological types, which Jung directly borrowed from the four elements in astrology.

Nicholas Campion described this as 'disguised astrology', masquerading as science in order to claim respectability.'

There are however two more serious issues with what happened. One issue is that it is an intellectual theft. Its source is not honored, and instead it has come to be 'owned' by those that have rebranded it.

The other issue is that it is taken out of context. The four elements are part of a larger and more integrated vision in astrology. Out of context, it becomes an orphan that does not know its parents, and so the deeper understanding is lost.

Not only taking things out of context, but misinterpreting astrology can create major problems. An example of this occurred in the 12 step program developed by, Bill Wilson and Dr. Bob Smith, which is loosely based on the 12 astrological signs and houses.

Its principles were first published in 1939. At issue is the interpretation of the 12th step that correlates with Pisces and the 12th sign. The programs' interpretation is surrender to a higher power.

Unfortunately, addiction is already a situation of surrender. As I wrote in Being Centered, addiction can be described as a dependent relationship with something outside of your self. It is essentially to a false core, a false heart, or a false spiritual connection.

The journey back is to regain your own heart and core, to regain the connection with your own sprit, on the inside. Because the 12 signs and houses were pulled out of context, the interpretation was expressed with cultural limitations, and so the culmination of the 12 steps took on a more religious rather than spiritual context.