What is astrology and how does it work? Original illustration, copyright © 2010 Roman Oleh Yaworksy

What is Astrology, Really?

It is difficult to answer what astrology is, because it is really many things.

Astrology is both an ancient system that uses the movements of the planets in a way that is not unlike a giant clock, as well as probably the most sophisticated quantum computing device ever imagined. However, in its essence, it is a spiritual science the bridges our inner experience with the universe around us that we co-create.

Astrology is the most ancient science, becoming in many ways the mother of astronomy and physics and perhaps a stepmother to mathematics.

The images and glyphs of the zodiacal signs go back many thousands of years, appearing in inscriptions throughout the classical world and in ancient Egypt. There are indications that astrology is much older than that. 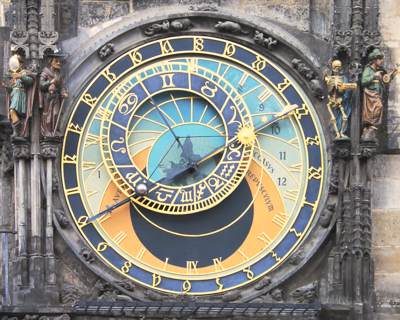 The Astrological clock in Prague dates back to 1410 and is still working. It shows the position of the sun and moon against the zodiac, as well as the times of sunset and sunrise. Attribution: Wikimedia Commons

How Does Astrology Work?

Astrology works on many levels.

At the simplest level, it is not unlike a complex clock,that uses the motions of the planets in a similar way to the movements of the hands on a clock face.

For example, if someone looked at a clock on the wall, and it said 8:45 am on a weekday, then they may justifiably remark that in all likelihood, there is a lot of traffic right now as people are hurrying to work. The clock is not creating the rush hour traffic. It is simply acting as a reliable indicator of the time, and that information is interpreted by someone reading the dial of the clock.

In a similar manner, someone reading an astrology chart can interpret what the positions of the planets indicate, by interpreting this information, or making predictions based on accepted correlations acquired from practical observations over many lifetimes.

This is a way to use astrology from a linear perspective of time. 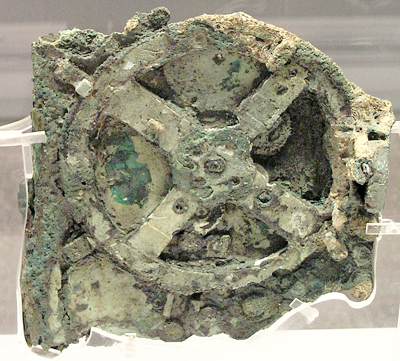 We are discovering  ancient analog computing devices, that calculated the positions of the planets, allowing astrologers greater ease in calculating charts.

The Antikythrea Mechanism, uncovered from a ship wreck, is one of the more famous examples. It is dated to about 78 or 79 BC, and consisted of about 37 or more gears, of which 30 have survived. The device is purported to have calculated the movements and positions of the sun, moon and planets as well as eclipses.

Astrology is not tied to causality.

It is this quality of astrology that has placed it under the greatest attack, since a non-linear capability has been taken to imply that it does not have a mechanism and therefore is not really subject to scientific scrutiny or approval.

Particles interact in a linear way. Two particles colliding, for example, have predictable resulting trajectories. There are scientific laws that determine the behavior of both individual particles, and complex structures of particles. The description of these behaviors is termed the mechanism. When scientists are not provided with such a mechanism, then a description of a process, it's explanation, or it's understanding, is questioned.

Astrology does not work with mechanisms. It works with relationships, patterns, tendencies, and interpretations. It does not always give a yes or no answer. Where else have we encountered this kind of phenomena? Well, how about quantum computing?

As of this writing, various components of a quantum computer have been assembled, but the final construction of such a device has still eluded researchers. Part of the draw of a quantum computer, is its anticipated ability to break out of a linear programming model, vastly accelerating the computing process. However, one of the drawbacks encountered, is that the answer is not always yes or no, but can be maybe, or it depends on the question asked.

Perhaps the greatest strength of astrology, is that it works with a fundamental consequence of the universe being described from the standpoint of wave theory and the resulting quantum universe.

When we work with particles, and linear time, we are working with causality. In a causal universe, everything is a consequence of previous actions. In such a universe, if we can define enough of the variables, we are able to predict the outcomes of a present action.

Unfortunately, outside of a laboratory experiment, in the real world, predicting events that result from a vast interplay of underlying factors becomes an exercise in probability and brings into play significant levels of uncertainty.

On the other hand, the advantage that astrology has in revealing patterns and tendencies, is that it shows how we tune to the world around us. It is what we tune to that determines our direction in life.