Science in its Adolescence: Why Science Puts Down Astrology 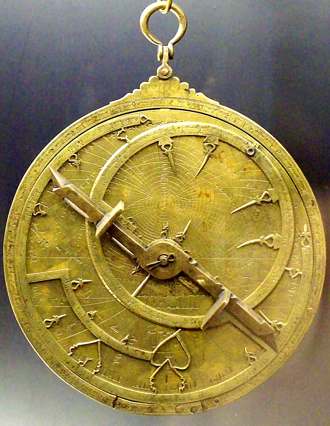 An astrological planispheric astrolabe made in Toledo Spain in 1067 AD. Such astrolabes were used by astrologers for measuring and calculating the positions of the planets and stars in relation to the celestial sphere since antiquity. It is interesting to point out that in the last several decades they have become described as astronomical devices, even thought astronomy as a separate study did not exist until several hundred years ago. Image attribution Luis Garcia, Wikipedia.

A Consideration of the Effect of Culture

I am inviting the reader to take a longer view of the relationship of science and astrology, in order to reveal an ongoing pattern in that relationship. This article looks at the some of the surprisingly close correlations between the stages of childhood development and the development of science, and how this has impacted the treatment of astrology.

First of all, I do not believe that there is a clash between science and astrology as a pursuit of knowledge. There is a clash at the level of culture. Both science and astrology are not things, but the active unfolding of the participation of people, with views, beliefs, fears and insights. They all face their own experiences of being part of the larger humanity. They all have to make a living, and in so doing, often make concessions. Some of those concessions involve adapting to the politics within their careers and to the culture and family that they grew up in.

For people involved in the sciences, the culture they grew up in supports a purported objective view of phenomena, and in so doing, marginalizes those beliefs and experiences that do not conform to this view. Thus, one of the ways that our present culture has defined being of unsound mind, is to the degree that one is inconsistent or apparently disordered in relation to the cultural point of view in our everyday experience. In today’s world that cultural point of view is the objectification of the phenomena of our experience.

The top clock was originally installed in 1410. It is essentially a mechanical version of an astrological astrolabe, giving the positions of the sun and moon in reference to the zodiac and the angles. The lower clock, added in 1870 and shows the position of the sun against the zodiac, with each day indicated. Many towns built similar clocks. They showed off their civic pride with the academic and technological achievements of the day.

The predicament is that the human experience, the personal experience, is often not consistent with the prevailing cultural point of view. People have experiences of alternate states, precognitive dreams, spiritual experiences and awakenings, intuition, déjà-vu, and so forth. The point is that most people avoid admitting to these experiences. Some parents will say to their children in an effort to protect them: “You can tell me, but don’t tell anybody else that you saw this or that you think this.” It is dangerous to stick out, to be seen as different or not aligned with the culture.

The Transition to Adolescence

Science is very much in its adolescence. Just as an adolescent is often embarrassed to be seen in public with their mother, so also science in its own historical stage of transition behaves very much as an adolescent, and shuns its historical connection to astrology or to be seen as associating with that older discipline, or acknowledging the debt in knowledge that was inherited.

At adolescence, for most children growing up, the peer group becomes more dominant that the family. Most children, especially immigrant children, develop two active personalities: one conforms to their experience with their peer group, the other conforms to their experience with their family. As Judith Rich Harris pointed out in her seminal book: "The Nurture Assumption: Why Children Turn Out the Way They Do" (New York: Simon & Shuster, 1998), the peer group becomes the dominant force. 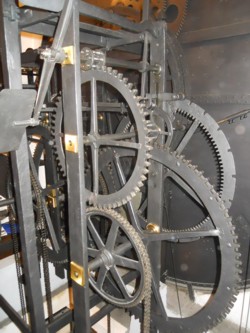 The inner clock mechanism of the astrological clock in Prague, Czech Republic

The Early Period of Science: Childhood

Science as we know it is really only a few centuries old. Before this, there was no science in its modern form, so to speak. In spite of the attempts to re-write history, before the 17th century, there were no real astronomers. There were astrologers. There was no archaeoastronomy. There was astrological tradition, and the mathematics and tools that astrologers created to further their profession.

When science began to take form, during the renaissance, it sought to understand the world around it. Much of science in the early days was descriptive. It sought to categorize plants, insects, minerals, etc. A vast number of books emerged that attempted to illustrate what was seen.

Many of the early scientists, including the great names in science, such as Newton, Kepler, Boyl, Galileo and others, were either practicing astrologers, or were intimately familiar with astrology. For them, science was not only a way to understand the phenomenal world, but they also were aware of their inner world, the inner sciences. For Newton, as it has become revealed from his writings, that the pursuits of his inner science were much more important than the outer science. These founding fathers of science, so to speak, lived true to their inner spiritual reality as much as to growing development of an objective science. They personally bridged the two.

As science as we know it today continued to unfold, that ability to bridge the two realities became more difficult. One of the major factors that contributed to that separation between inner reality and the outer objectification, was a largely political understanding that developed between the growing movement of science and the western church. After the execution of Bruno and the house arrest of Galileo, a truce of sorts emerged. Religion and the affairs of the spirit belonged to the church. The objective reality and its investigation belonged to science.

The Side Effects of a Truce: Adolescence

Science was allotted the level playing field of objective reality. All other levels of being and interaction belonged to the church. That meant that causality belonged to science, and spiritual and religious pursuits and explanations belonged to the church. What at first may have seemed an equitable, practical and politically expedient solution in its day, turned out to have serious side effects over time.

To begin with, it was no longer accepted for science to investigate anything other than the objective reality. And the church for its part, withdrew from being a threat to scientists, as long as they did not dabble with the affairs of the church or use science to question the authority of the church with church matters. One side effect of this truce we still have today: anything that is not objectifiable is considered unscientific by definition. Of course that has been applied astrology.

Another side effect of that truce was an underestimation by the church. Over time, the western culture gravitated towards the emerging objectifying scientific paradigm, and away from both the inner spiritual focus and the power of the church.

As the culture embraced the objective scientific viewpoint, it thrust science itself into its adolescence. In the same way that adolescent children feel that they are more in touch with their culture and reality than their parents, that they can play the game better, feel that they are smarter than their parents, and in many ways feel embarrassed by their parents in relationship with their peer group, science now in its adolescence behaves in a similar fashion. Science’s parents are astrology, alchemy and the spiritual sciences and traditions.

Now in its adolescence, science tries to rewrite history, and totally sever its ties with its roots, because it is embraced of the legacy from which it emerged.

The Side Effects of a Truce: Maturity

In a similar fashion to the process of adolescence, it will take time before science realizes that its parents were no so dumb after all. They had wisdom to offer. They may not be as good at playing the scientific game, but it is not the only game in town. There is life beyond the game. Perhaps, there may even be knowledge the parent holds that the child is not yet aware of.

The science that astrology and to some extent alchemy has birthed, is only now beginning to realize that there is something off about the game. The rules for the game required an objectification of reality, but new developments in quantum theory and the like have created contractions to the rules.

Quantum effects, action at a distance, or as Einstein called it, “spooky action at a distance”, reinvite the bridge that science gave up. It lays the foundation for science to appreciate its true greater heritage, and that is an astrology that does not succumb to becoming just a science.

With my clients that have adolescent children, it is not unusual for the parent to over focus on the child, on the child’s needs and on their own responses to the child. Often when this occurs, the parent is pulled out of their core and lose both their balance and perspective. In effect they are giving away their power, because they are willing to be defined by their child. This is often when difficulties arise, because ultimately, the child needs a parent that is a strong model of how to live in the world, out of their core and spirit.

Astrology faces a similar predicament. If it chooses to become more ‘scientific’, if it allows itself to be defined by its ‘scientific’ critics, or if it defends itself against these attacks by appealing to statistics and objective reality, it will lose its balance, its strength, power and validity. For astrology to regain its more proper place in the sun, it has to regain its own center, from spirit, from the place from which it emerged. It is then that people at large will respect what it has to offer, and in time, when science grows up, it too will follow.