Astrology is a Spiritual Science 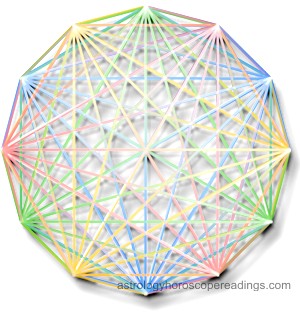 The Revelation of Astrology came from Within

It is the author's contention that not only is the origin of astrology an inner revelation of our spiritual relationship with the world that we co-create, it is still the greatest achievement of humanity in linking our common experiences and shared events around us  with our own inner personal experiences and inner spiritual reality.

That linkage is no mean feat! The explosion of science and technology that we have witnessed in the last few hundred years owes much more to astrology than is recognized.

I use the expression co-creation because, in my own personal experience, the world as we see it is constantly created by our own unique experience of and from our state. Every breath we take is a dance with our mind with our revelation of that state.

Anyone who has profoundly delved into the deeper states of yoga or other transcendent practices will appreciate that at each breath, there is the experience of a state when time disappears and with it also disappears what we may hold as our mind, and the consequences of how our mind contracts our awareness of each moment. We are freed at each breath to engage our own becoming, but most of the time, we return to our established patterns, and then the moment of opportunity of each breath goes unnoticed.

The seeds of astrology came from that place of timelessness, long ago.

It did not come from the accumulation of culture or the slow progress towards civilization that the vision of modern anthropology holds for our past. It did not come from science or acheoastronomy. As did all our other understandings and greater visions, including the great breakthroughs in science and technology, it emerged from our deep relationship with spirit.

We must never forget that astrology, like all of the other paths of true knowledge did not come from outside, but from within. It did not evolve slowly as an accumulation of culture or lore, but rather through insight, revelation and experiential validation.

Astrology has taken on several paths in modern times. One path is ancient and has been used to understand and predict events. This path, in a similar fashion to the physical sciences, blossomed in the west, during the Renaissance.

Another path in astrology has come from the influences of psychology and related disciplines. This is a very modern development, which interprets astrology from a psychological perspective.

Unfortunately, by its very nature, this path has redefined astrology with its focus on theories of the personality, and thus for the most part, this path ignores the core offering of astrology.

Astrology has always been a spiritual science that bridges the inner reality with the outer phenomenal world around us.

Those who have not done their own spiritual work are prone to take astrology literally, much like those that claim to be religious and take their scriptures literally, without understanding through their own experiential journey what these writings are truly about. The same holds true for astrology.

People have commented on some civilizations that seemed to take astrology as their religion. Examples of this include Babylon with their priestly cast, the Magi and in the west we have the Mayan calendar, which has been sensationalized of late with the wrong understanding.

It is interesting to look at the ancient roots of astrology as it is mentioned in the Vedas and other sources in India to put this in perspective. Astrology was used both to understand the relationship to the universe as it was, and to understand the appropriate actions to establish the harmony of that relationship. It was not a worship but a science, any more than we can describe modern science as a worship. In a similar way, the astrology of the Mesoamericans was also based on understanding the significance of individual days and times, and was used to determine the optimal stance to the unfolding of the universe as it was experienced.

Part of that wrong understanding has been that we tend to take an overly-simplistic approach when it comes to understanding the past or other ways of knowledge. Often, instead of learning what another approach has to offer, within its context, we tend to project our own ignorance, and thus we are left with the consequences of our limited understanding.