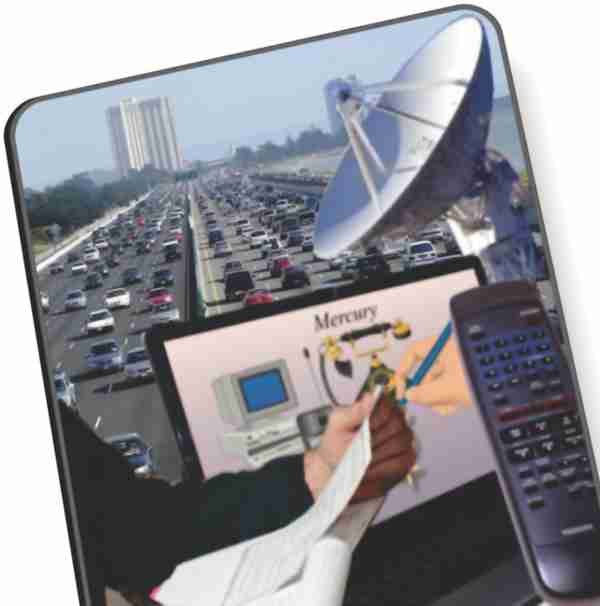 During the times that Mercury is retrograde, people often notice more challenges with correspondence, our communication as we interact with others. It can also show up in our relationship to our neighborhood, our siblings and challenges with cars and local travel.

Some of you may have noticed less activity on this site in the past while. We have emerged from a family crisis. We're back!

The Mercury Retrograde of February in the Sign Pisces saw an unknown virus sweep through first China and then the rest of the world. Too many world leaders were caught in a confusion of what mattered and delayed action.

What that did was hurt the shadow of Pisces, Virgo, the health of their people, the health of industry and especially the doctors and nurses asked to sacrifice. Be vigilant. Stay safe. God bless.

Please note that this calendar begins on a Monday 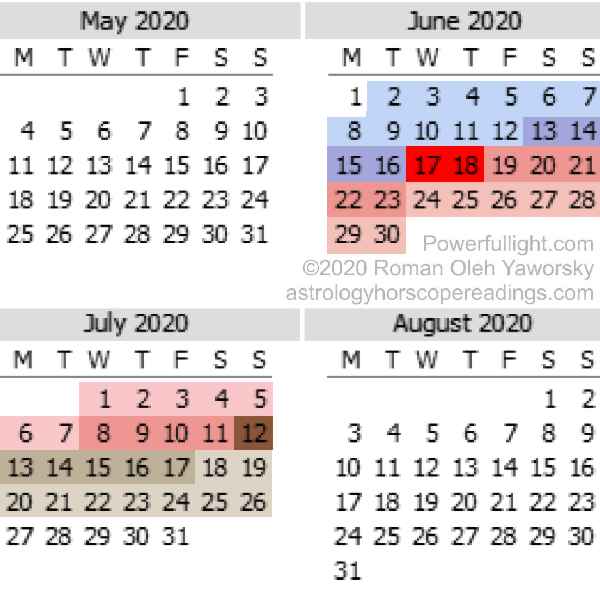 The last Mercury Retrograde in Scorpio occurred in October of 2014. This year it introduces the US elections in November. 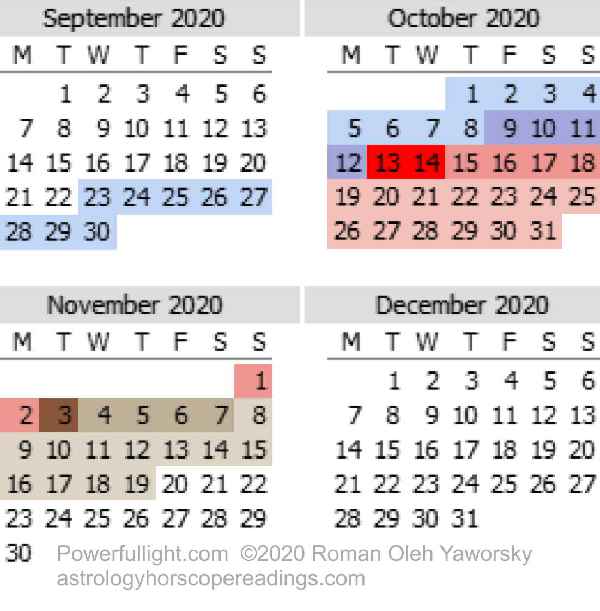 Please note that all times are approximate. The actual times are defined by the observer location and vary due to parallax.
* Coordinated Universal Time (UTC) replaced Greenwich Mean Time in 1961. They are often used interchangeably.

How to Use the 2020 Mercury Retrograde Calendar

This calendar indicates the main phases of Mercury Retrograde using a color code.

The Mercury Retrograde Pre-Shadow phase is indicated in blue and corresponds to the time during which Mercury traces the path in the sky that it will later return to as it moves backward, during the Mercury Retrograde Phase. Often it is during this time that the conditions are set up for the Retrograde phase that follows. As Mercury slows down, just prior its retrograde motion, the contributing factors and the experiences of the cycle are strengthened, and this is indicated in the calendar by a violet color.

The Mercury Retrograde Phase is in light red. The actual Mercury Retrograde Station, as Mercury appears to have stopped and is about to go backward is shown in red. Near the beginning and the end of the retrograde phase, Mercury seems to slow down in the sky, and its effect tends to stronger. This is shown with a darker color.
The retrograde phase is famous for revealing the consequences of inattention to detail, wrong assumptions as well as errors in communication and transportation. Many of these are often set up in the pre-shadow phase.

The actual moment when Mercury appears to be stationary and is about to move forwards is the Mercury Direct Station. This is shown in dark brown. As Mercury is still moving slowly before it speeds up the effect tends to be stronger, indicated with a darker shade of brown.

The Mercury Retrograde Post-Shadow phase is indicated in brown. Mercury is now moving forward, and this phase refers to the time during which Mercury is retracing the path in the sky where it had formerly moved backward during the retrograde period.

Often, the Mercury Retrograde Post-Shadow can reveal the errors in communication and travel that may have occurred during the pre-shadow and retrograde phases.

► The Full description of each cycle is found here

Mercury Retrograde at the Personal Level

One way of looking at Mercury Retrograde is that it reveals the shadow or disowned component in our awareness, communication, and interaction with others and with the world around us.

Mercury rules the signs Gemini and Virgo. With Gemini, Mercury expresses the way that we reach out into our neighborhood, interact and discriminate. The shadow of Gemini is Sagittarius.

When Mercury is retrograde, it often expresses the negative or disowned nature of Sagittarius. When this happens, the tendency is to generalize, anticipate, gloss over, judge or assume, without reality checking.

The other expression of Mercury Retrograde is through the shadow of the sign Virgo. With Virgo, Mercury expresses the way that we integrate what we experience and how we make sense of the world around us through our mind. The shadow of Virgo is Pisces.

When Mercury is retrograde, often the negative or disowned nature of Pisces is expressed. We may think that someone else will do it, or we may imagine that things will turn out for ‘the best’ or we may imagine or hope instead of doing something for ourselves. Often the disowned nature of Pisces is revealed in our disconnection to our core and in seeking that connection outside of ourselves instead.

You may want to look at each Mercury Retrograde cycle as a small wake up call and an opportunity to notice when you are caught up in the patterns of your shadow. It is then that we tend to be less conscious, and not as aware as we could be. Moreover, when we act from this place, we set ourselves up.

The Mercury Retrograde cycle is a good time for introspection and to become more aware of your own patterns. If you wish to take advantage of this time, you may find this book is very helpful in revealing the ways we become unconscious in our actions, and it gives clear practical steps to regain our integrity with our core. It comes highly recommended:
► Being Centered.

Each sun sign expresses the path of spirit and reveals our contribution to the way we interact with the Mercury Retrograde Cycle. That contribution is at the bottom of each Sun Sign description. You can click the glyph of your Sun Sign in the menu below or choose it from the pull-down menu at the top of the page.