The Search for Unity in the Diversity of Science

The symbol of a tree is often used as a motif in the pursuit of knowledge and figures prominently in the emblems of universities. Science itself has become an immense tree of knowledge that in similar fashion to a real tree has grown through its own unique history of branching, differentiation and field specialization.

The Search for Unity in Science

Note: I was inspired to write these articles in part as a rebuttal to the ignorant treatment of astrology and to explore the relationship between science and astrology from a historical and philosophical perspective.

Science has tried to reconcile, if not combine two opposing objectives or directions.

One direction attempts to unify our understanding of the world around us. It is the proclaimed aim of science, in essence to reveal the underlying truth.

The other direction takes us towards differentiation and diversity. We experience this in the countless branches and specialties within what we call science today.

Each branch of science uses their own models or mechanisms. Each has their own vision of how things work. Each branch has its own language, works with its own variables, and relates the phenomena that is investigated with its own mathematical constructs.

Of course, there is some overlap with other scientific fields. That overlap can be observed where some of the mathematical expressions are similar, in the use of statistics and in the ways that an experiment that tests hypotheses eliminates variables in order to objectify the results. 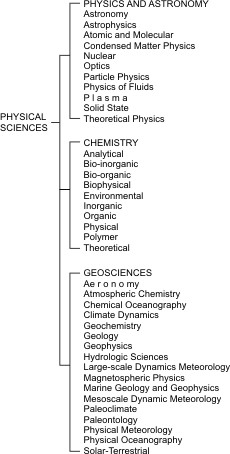 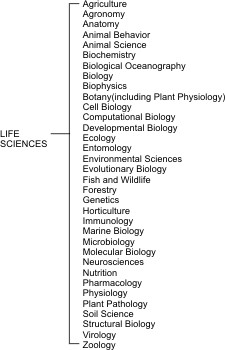 The Myth of Unity Points to an Earlier Time

The ability of science to unify our understanding of the universe is a myth, a belief that verges on that of a religious belief; one that is taken on a blind faith that ignores the contradiction of experience.

That this blind faith should exist is not surprising. It harkens back to the time when science and spirituality were not separate, when scientists such as Galileo, Newton, Kepler or Tycho Brahe pursued the inner science with no less zeal than the emerging new physical sciences.

In many ways, the expansion of science has been like a sapling that has become a great tree with many large branches and extending from these are many smaller twigs and individual leaves.

There is the strong belief that this great tree unifies our understanding of the universe, and that ultimately we will discover or uncover the great universal theories that combine all of the physical laws that unite our observations in the macrocosm and microcosm.

We have witnessed this attempt by the seeking of a unified filed theory in physics or the attempt to reconcile quantum theory with relativistic gravitation.

In real life scientists may be at odds with different beliefs and models within their respective fields of study, let alone being able to understand or fully appreciate the theoretical constructs found in another field or major branch of study.

I came across this contradiction between what science believes it unifies in theory with the hard reality of individual experience.

This contradiction became evident in my fourth year studying biochemistry. The classes in that year were comprised of a mixture of students who had come from different disciplines. Because the fourth year was designed as a gateway to continue on to graduate work, it was also a portal for students who had changed their field of study. As a result, at least half of the students had come from other disciplines.

There were students that already had degrees in biology. Some had master's degrees. At least one student had a PhD. My lab partner had a master's degree in mechanical engineering and a PhD in nuclear physics!

All of the students had taken the necessary courses and prerequisites to enter the stream and continue, and one might have expected that the students with more advanced degrees would fair better, but surprisingly this turned out not to be the case.

In fact, most of the students with other graduate degrees failed. Why did this happen?

There was no question that they were bright people. Those with degrees in related fields of study had already seemingly covered some of the same material. Yet they failed.

My lab partner provided part of the answer. As already mentioned, he held a PhD in Nuclear Physics and a Masters degree in Engineering. Not only that, but he was also an acupuncturist with a solid background in oriental medicine and as a result was very well versed in the medical journals that related to this field.

Surprisingly, he tried to understand the interactions of biochemistry through his knowledge of electron orbitals and molecular forces. He was trying to understand biochemistry through the vision of nuclear physics, and it did not work, at least not in terms of his grades. He was a true genius, but it seemed that he could not cross the gulf that separated two different fields of study by trying to understand the vision of one field through the vision of another. It did not work for him. It also did not work for those other students that tried to do the same. The students that passed their courses and graduated were able to create a new vision.

This inability to extend one scientific discipline into another is why science has become a differentiated array of disciplines, each of which speaks their own language and holds its own vision. The result is that it creates a gulf between different disciplines. That gulf is similar in many ways to what separates scientists from laymen and others in general.